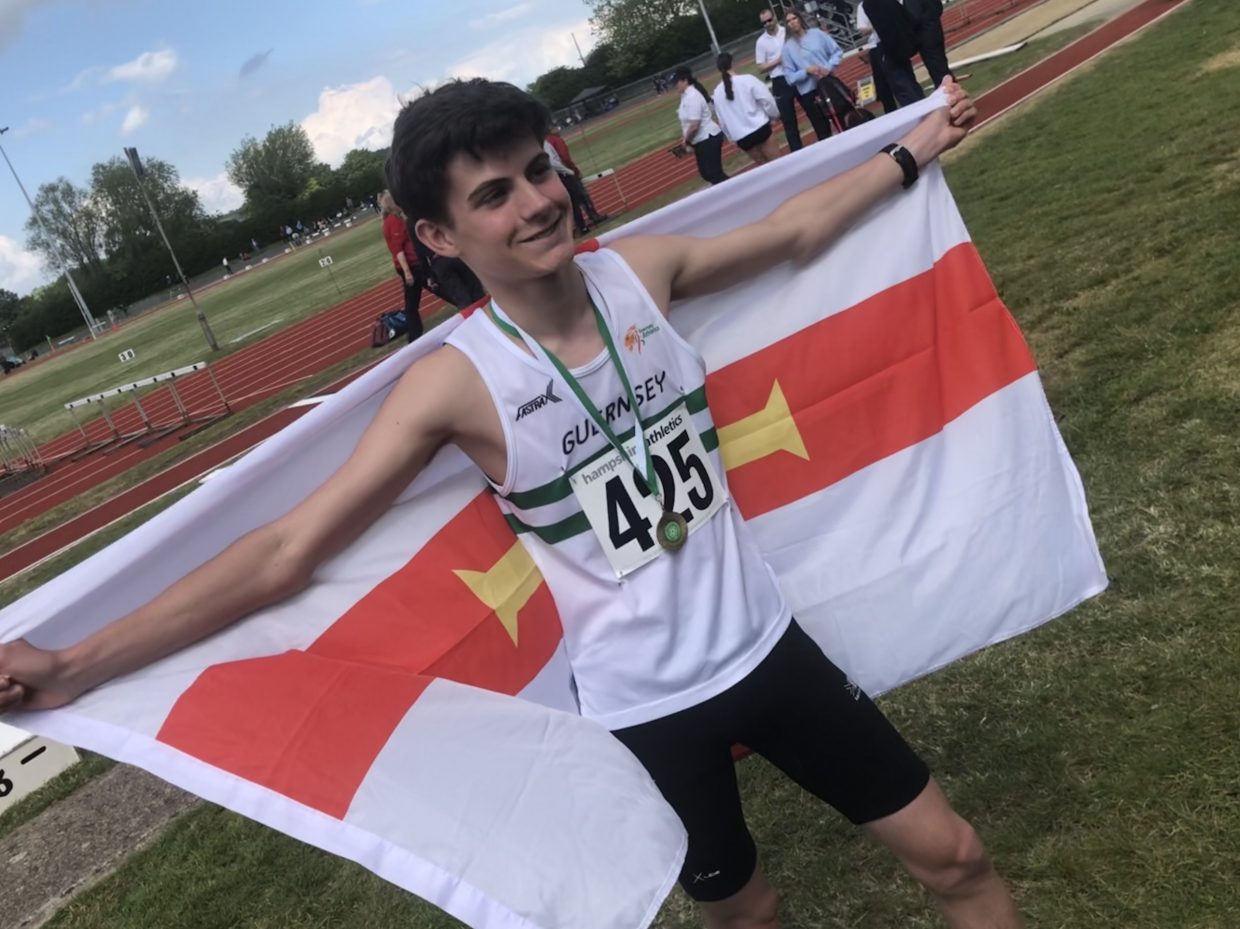 Fresh off the back of his English Schools bronze medal in the Intermediate Boys 1500m Steeplechase, Chris toed the line over 800mtrs at the Welsh u20 Junior International event.

Featuring some of the UKs fastest u20 800m runners, a placing was always probably going to be out of the question but a fast time was the goal. Despite being dropped off the initial pace of the leaders, Chris hit the bell in a high ’57 and then proceeded to run a storming second lap in something like 57.1 to smash through the 1:55 mark and take down Tom Druce’s Guernsey u17 800m record by finishing 6th in 1:54.83 seconds.

Given that Chris’ winter training was massively interrupted by having a operation to put a screw in a bone in his foot and he spent a considerable not running, to come out in the summer and take English Schools bronze and Guernsey 800m record – the fastest Guernsey athlete for about 10 years – is an outstanding achievement.

Chris also was called up for a England International match in Dublin over 1500mtrs Steeplechase but has had to decline due to family holiday. He’ll be back for National championships later in August.