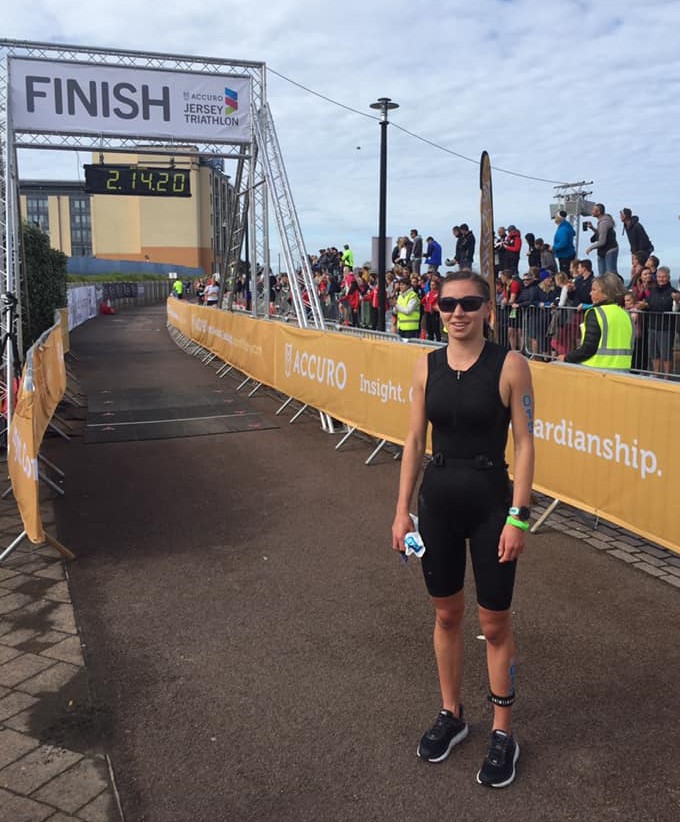 The annual club trip to the southerly channel island just three weeks ahead of the Island Games provided a great the opportunity for the athletes to test their form against some of their key Jersey rivals. The rapidly improving Megan Chapple, narrowly won the women’s race by a mere 7 seconds from the UK’s Hannah Lord, but put sizeable distance between herself and her Jersey rivals. Megan finished in a super quick 2hr 14:45 in 18th place overall. Coached by fellow team member Amy Critchlow (T352/Strive), Megan’s been putting in the work consistently through the winter with our mixed group and that hard work is now paying dividends just at the right time. This win followed her GB Age Group silver medal at Leeds WTS / British Triathlon Age Group Championships and a local duathlon win ahead of Critchlow.