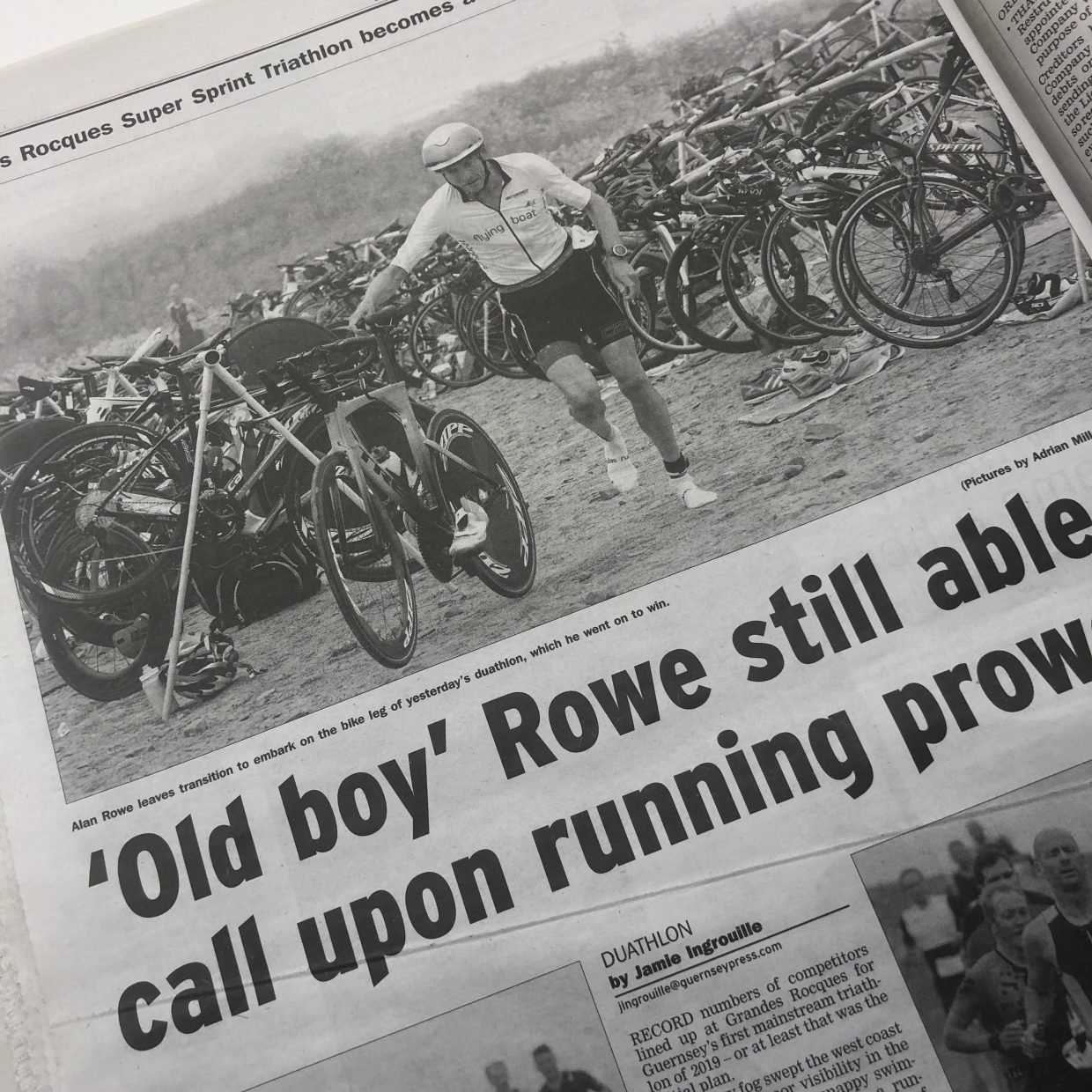 When one of my athletes tipped me as favourite for the first open water triathlon of the season I didn’t think too much of it, but the switch to a duathlon due to foggy conditions and the absence of a couple of the locally based big hitters, changed my mindset to win mode. Running historically was my strength and following a gradual improvement of my run form since winter I decided it was going to be an all in strategy from the start. Simply take it out hard, build a gap, try and minimise losses to the fast bikers and then finish it off on the second run.

And so it worked out – hard but enjoyable, especially as two of my coached athletes Ian Scholes and Dave Crosland followed through to take 2nd and 3rd places.

A great way to christen my new Tri/TT rig which will be subject of another post.

A battle royale played out in the ladies race with the rapidly improving Megan Chapple and Amy Critchlow matching each other stride for stride on the first run before Critchlow opened up a slender lead on the bike. On the run Chapple demonstrated her run ability, closed the gap and pressed on to take the win over her coach. Both athletes head off to the WTS / British Triathlon Age Group Champs in Leeds.